Late last fall, I was asked to make a stained glass cardinal. There are scads of free, and very good, cardinal patterns on line and I downloaded several of them. And then I thought, I have a few pretty good cardinal photos. Let’s see if I can make my own pattern. I did, then made a tweak, and wound up making many which were bought for Christmas/holiday gifts. I’ll cover cardinals again soon in relation to ornament versions  I am also working on.

This all leads up to today’s post. Inspired by the successful cardinal pattern, I decided to go through other bird photos to see what other patterns of my own I could make. I started with hummingbirds. I’ve seen many stained glass hummingbirds on line, in a very impressive array of settings. I am leaning towards the more simple here. I think simple can be equally beautiful. I also had a fair bit of black/grey baroque glass left from making a raven, and thought it would work well to imply the fast beating wings.

As you will see in the album that goes along with this post, I picked two images, and created three patterns. I can already see tweaks I want to make in the patterns. I’ll make the belly part one piece going forward, to avoid a random seam in the middle of the body. On the side view hummers, I’ll do a better curve at the bottom of the belly. I have included the original photos on which the patterns were based, in case anyone is curious. I could do a female version of the front facing hummer, as well. Might have to play with that idea a little. For the beak, because these are not large pieces overall, I have opted for 14 gauge wire. All of the pieces here are finished in black patina. The chain is just a 3 inch length so that the bird does not sit right on top of a suction cup or hook.

I’m hopeful that people will like these as I know hummingbirds are very popular. They have such an interesting variety of colors, too, equaling a wide array of glass options. Please let me know what you think. Thanks! 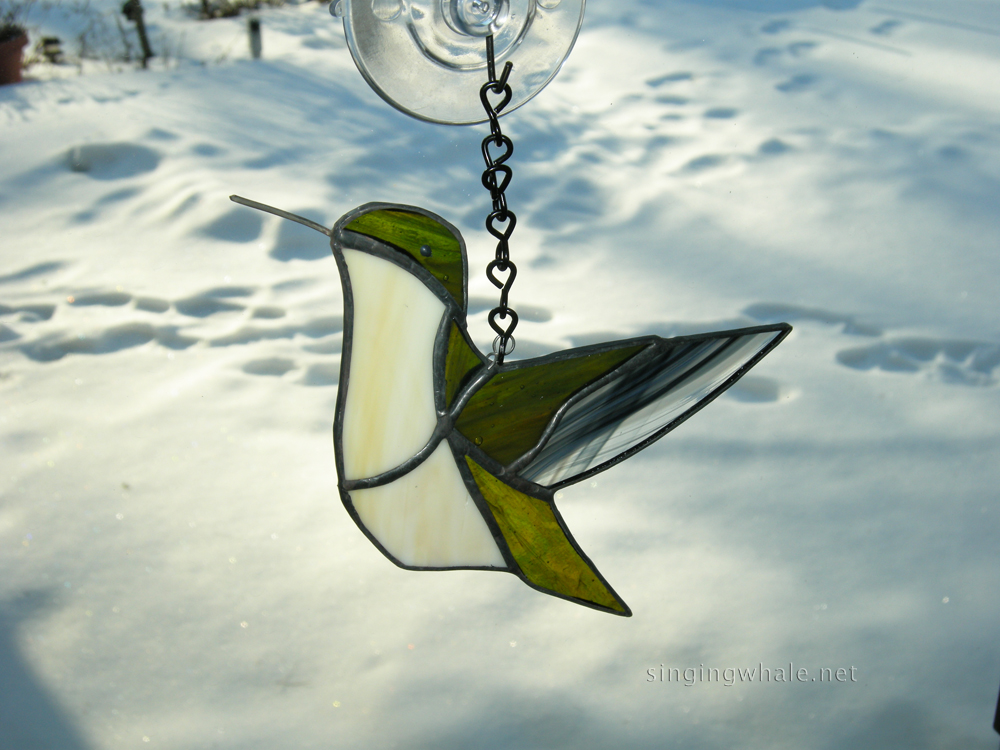 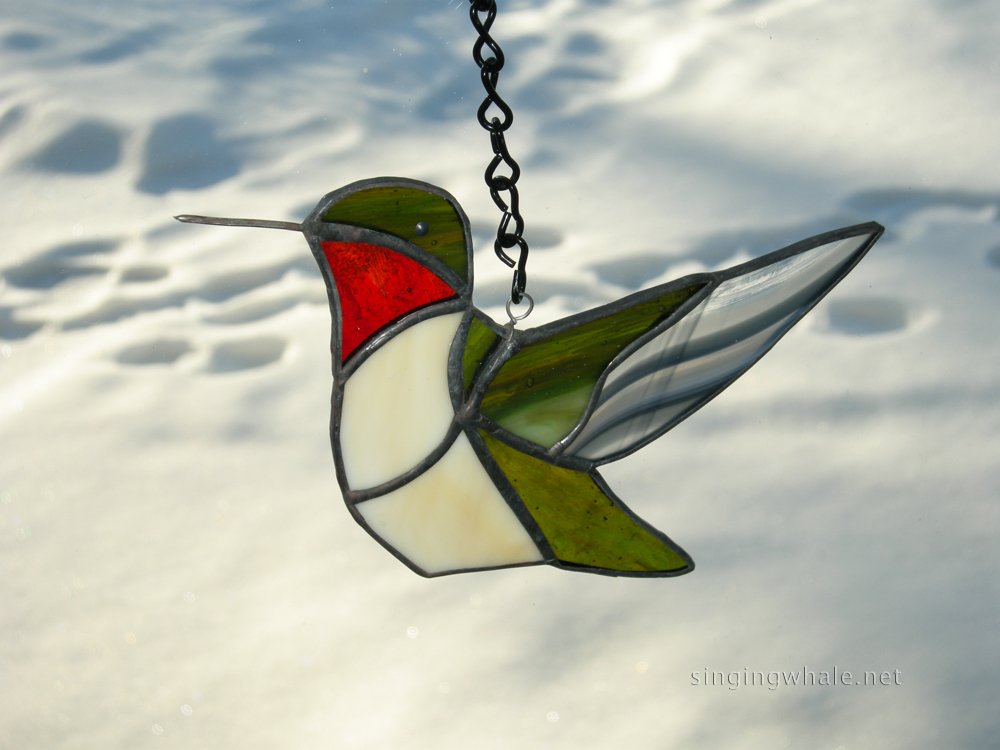 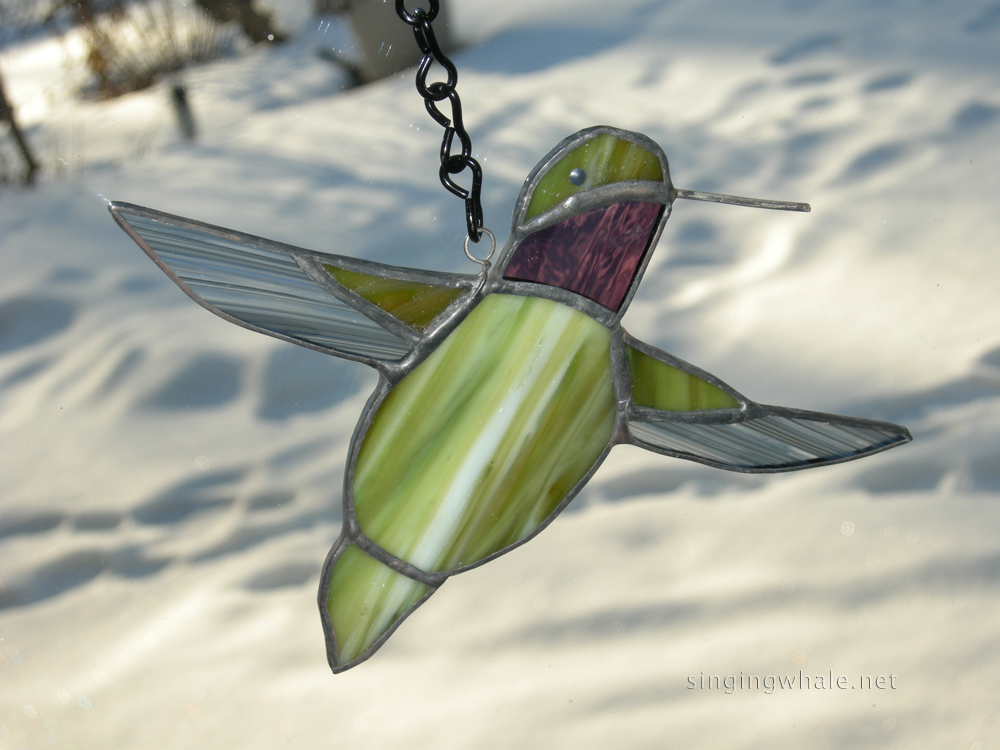 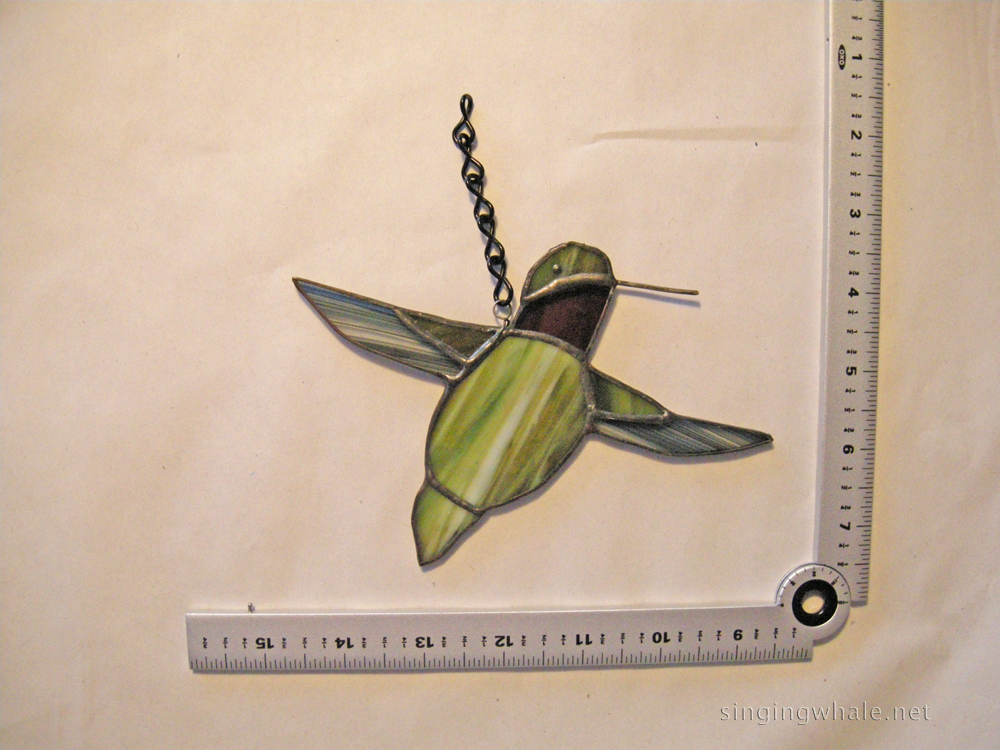 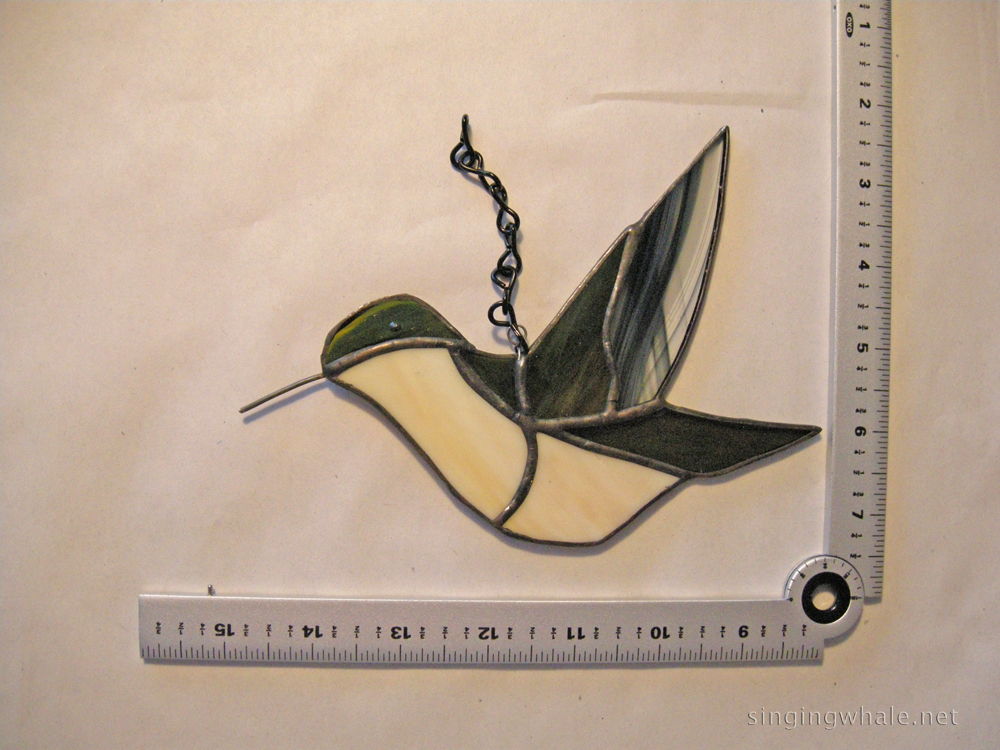 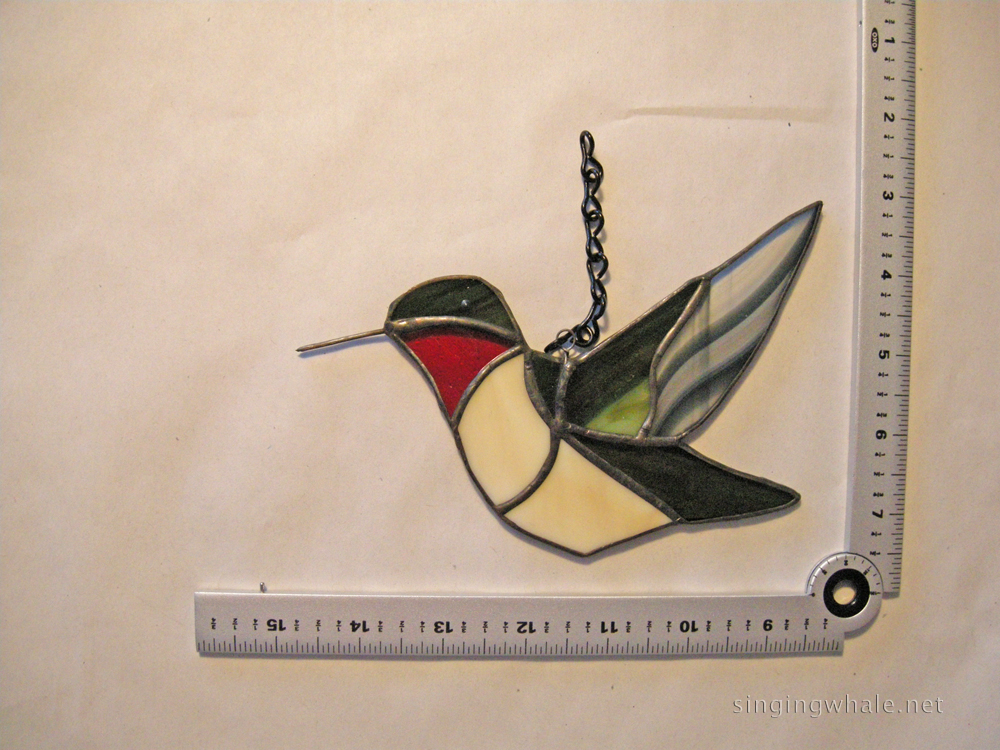 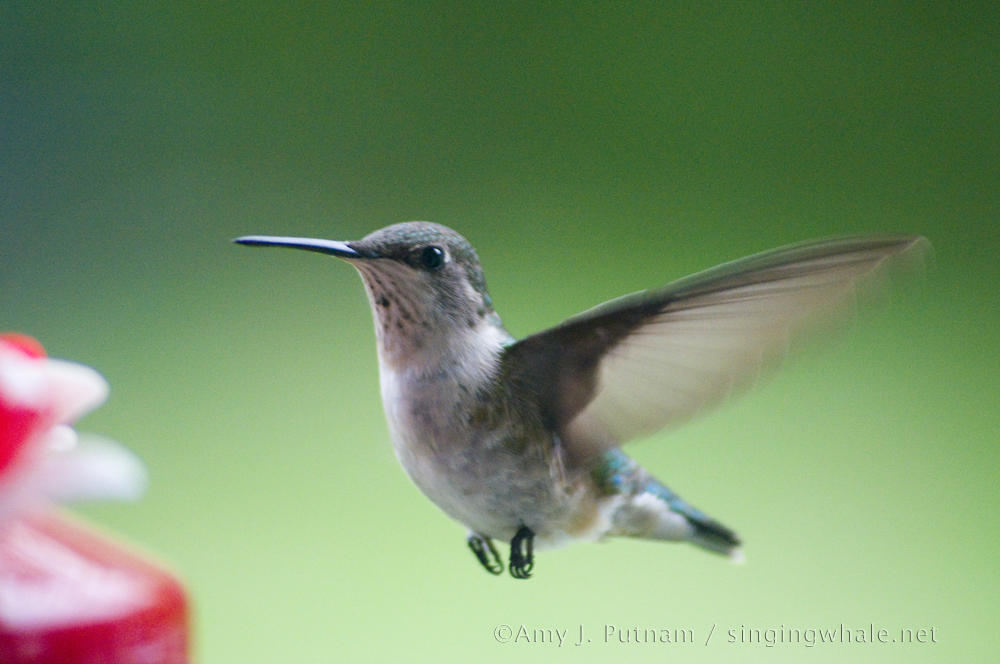 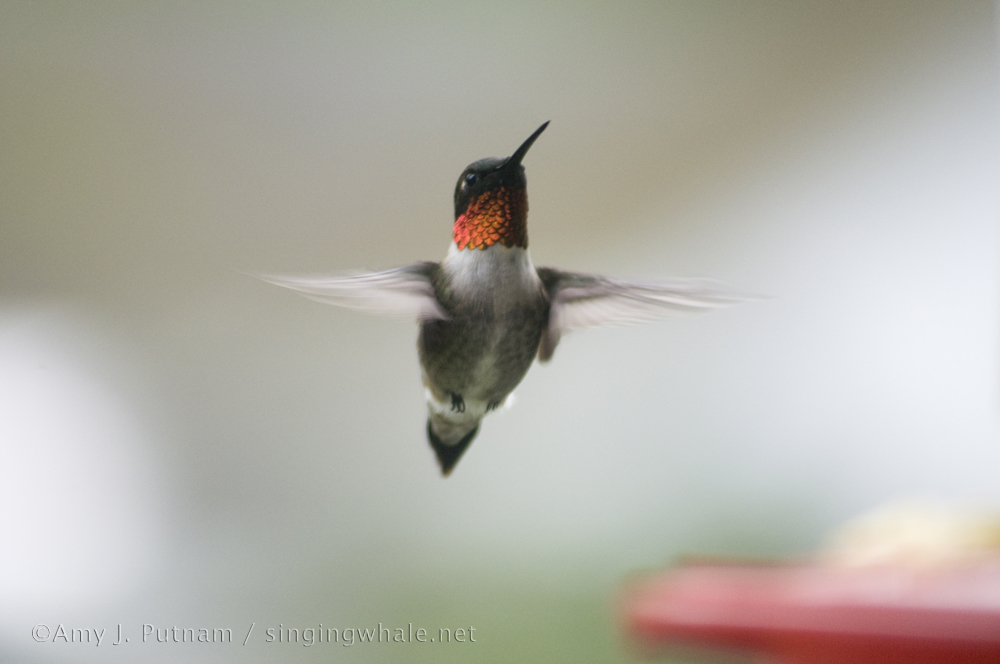